Most of our red wines have already been aging in barrels, while a little Nyilasmár Merlot, Kékfrankos and Nagyfa Cabernet Franc still reside in tanks, waiting to be relocated sometime in the following weeks into the cellar-branches. After the pressing, the first racking and the malo-lactic conversion took place in case of the Pinot Noir; so, we added sulphur to these lots. This is the current state of affairs in the KNW at the end of November; and our goal is to put the wine in barrels, which is intended to be put there by the end of the year, and it should await New Year’s arrival and greet its entry hand in hand with sulphur.

Our chief oenologist, Péter Szerdahelyi has talked about the fact as well, that this year we have bought barrels from 6 foreign cooperages; a fact by which we are able to diversify the different types on a wider scale. The famous Burgundian Billon company has pronouncedly recommended its Richelieu-type barrels for our Blues Kékfrankos, belonging to our All that Jazz product family; while we have put most of our Soul Syrah into Damy Rouge TM barrels. Much of our 777 Pinot Noir has been relaxing in the Seguin Moreau “Medium Long Open” barrels; which were toasted in a slower way than usual, at a lower temperature and for a longer period of time, but the Francois Freres products do them good as well. 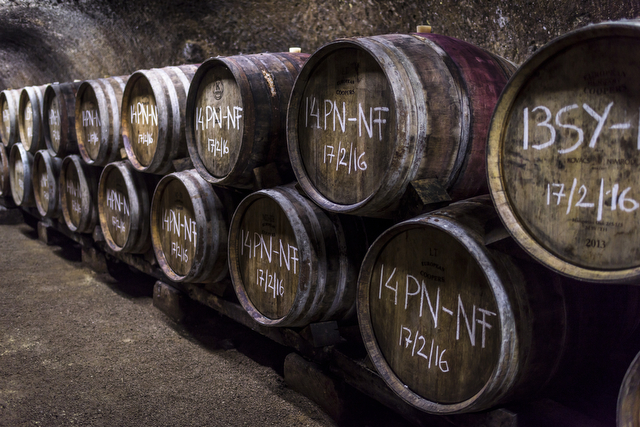 In pursuance of the philosophy and everyday practice of KNW, 40 % of our wines are aged in Hungarian, another 40 % in French and 20 % in American oak barrels. For instance, we buy the barrel made of Hungarian oak for our Nagy-Eged Grand Bleu from the European Coopers, which has its headquarters in Palotabozsok; however, it is not made of the Zemplén sessile oak, but from the Mecsek-type with its much greener, stronger and rougher wood, a fact which definitely benefits our long-ripened Kékfrankos.

Talking about our Grand Bleu, let us draw our dearest blog readers’ attention to the piece of advice of the internationally renowned wine academic, Gabriella Mészáros, according to whom, after the opening of the bottle, it is rewarding to air, to decant this type of wine for approximately one and a half-two hours; this way we can taste it at its best. We do not need more time for that, and what is more, a 4-5-hour-long decantation damages the fruity flavors. Two hours after opening the bottle, the fine, sweetish barrel notes come in the prominence in the scent, a little toasting aroma gets revealed, unobtrusively and gracefully underlining the more and more intense raspberry-sour cherry accents.

Dixie, Cool, Blues, Rhapsody – what do they have in common? 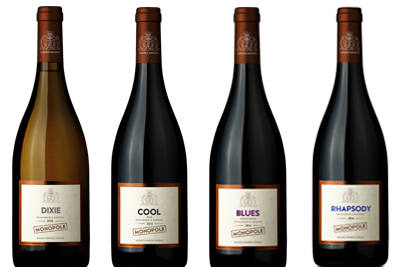 The friends of KNW and all the people who know our wines could immediately give one kind of answer to the question which was asked in the title: these are all members of the All that Jazz product family. It is true; however, we have to ask, where is the fifth member of the family, the Soul Syrah?

Well, the right answer is that the four “jazz-wines” listed above have their cork in common. In case of these four lots, we use the corks made of renewable polymers derived from sugarcane, a type of closure introduced and unveiled by cork-manufacturer, Nomacorc, which arrive to us in nitrogen-filled plastic bags for the sake of the most sterile environment possible. Nomacorc is an American-Belgian company, which was founded in 1999 by Gert Noël Belgian businessman and wine lover in the U.S., who has very often chanced upon cork taint and bottle variations, therefore, he started to contemplate about solving the problem – vinoport.hu reports. This kind of stopper possesses the flexibility of cork-wood but excludes the chance for cork taint to happen. The coextruded method of closure production technology is a patented world innovation of Nomacorc, and it is becoming more and more popular among winemakers. We like it as well, because not only do we protect our wines, but we take care of our environment too by using it, and we do less harm to the rapidly decreasing cork oak forests.